No Crime Increase in Idaho After One Year Permitless 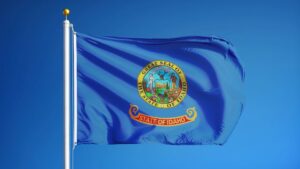 In the first half of 2016, Idaho dropped their century long concealed carry permit requirement. Much like the process that Michigan is now going through, Idaho sought to remove the danger that a legal gun owner could be charged with a felony for putting on a coat.

Under the new law, gun owners 21 and over are allowed to carry their weapons concealed without an additional permit and training.

Concerns around the bill were called out in a number of ways. But two of the most significant concerns – that permits would decrease, and that crime would increase – seem to have been disproven to this point.

No Apparent Increase in Crime

A concern from Idaho police chiefs while the new law was being considered was the removal of a significant tool in keeping firearms out of the hands of felons – the concealed carry background check.

Yet to date, this concern doesn’t seem to have materialized. Some law enforcement officials acknowledge the concerns in removing the background check, but also haven’t found there to be an increase in crime as a result.

“It hasn’t been a topic of discussion,” said Detective Jared Reneau from Coeur d’Alene. “We haven’t noticed a significant increase.”

No Decrease in Permits

Other concerns centered on a decrease in the number of permits sought, but that is another concern that hasn’t proved out.

Santos and other trainers speculate that the permitless concealed carry law has led gun owners to become accustomed to having their weapon with them. Because the Idaho permit is recognized by several other states, owners are seeking their permits so that they can legally carry when leaving their home state.

Still, there is some concern around the removal of the training requirement.

In Post Falls, the police department offers free concealed carry training to residents intended to encourage responsible gun ownership. Their concern is that inexperienced gun owners may carry their weapon in unsafe ways because of their lack of training.

“People get complacent,” Police Chief Scott Haug said. “They don’t understand how quickly that gun can be used against them in a matter of seconds.”