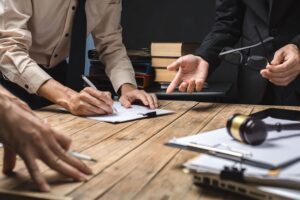 Concealed carry laws in multiple states continue to wind their way through the legislative system. Several of them have made progress in just the last week.

A bill to eliminate the need for a concealed carry permit, in most cases, passed the North Carolina House Committee on Finance just last week.

The bill would permit those legally able to able to carry their weapon openly to do so in a concealed fashion without requiring an additional permit or classes. Currently, to qualify to carry a concealed weapon you must first pass an 8-hour safety and handling class.

The bill would likely eliminate the concealed carry reciprocity that North Carolina has with other states as it is currently enforced. However, residents would be able to, for a fee, obtain a license that would allow them to carry their concealed weapon in other states.

In addition to the CCP portion, the bill also proposes lowering the minimum age of purchase to 18 from 21 for pistols. Long gun purchases are allowed currently at the age of 18 in the state.

Wisconsin state Senate Judiciary and Public Safety Committee held a public hearing last week on Senate Bill 169. Like the North Carolina bill, the Wisconsin bill looks to remove the requirement of a separate permit to carry a concealed weapon, and the training currently associated with it.

Unsurprisingly, the public hearing drew impassioned comment from both sides of the issue. Proponents pointed out that 12 other states, ranging from conservative to liberal, already allow permitless carry.

What sets the Wisconsin bill apart is the provision to allow gun owners to carry their weapons in a concealed fashion onto school grounds, and the associated penalties for doing so.

The school would still retain the right to declare their buildings a no-carry zone. But as part of the bill, the penalties for disregarding a school’s ban would become a misdemeanor, not a felony as it is under current state law.

The Michigan bill to remove the permit requirement for concealed carry gained ground last week when the state’s House Judiciary Committee approved the 4-bill package. The bill now moves on to the Republican-controlled Michigan House of Representatives.

Referring to the current law as a “coat tax”, many proponents of the bill point out that the simple act of putting on a coat turns the legal act of carrying their weapon into a felony.

Like the Wisconsin bill, the proposed Michigan bill would lower the age requirement from 21 to 18.

The bill now progresses to the House Finance Committee. A financial component must be added to the bill at this point because the deadline for non-budget-related bills has passed.