Arkansas House members have proposed changes to the recent concealed carry law in that state that greatly increased where guns could be legally carried. These changes include expanding the K-12 school ban to include public daycares.

The Southeastern Conference, with the University of Arkansas is part of, as well as two other college conferences requested that the law be 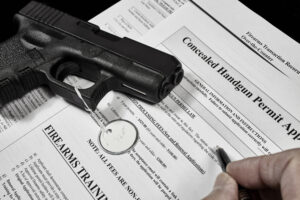 amended to remove sporting events from the expanded concealed carry locations. The request created some concern that the NCAA may put forth negative consequences for the college teams, from which millions of dollars flow into the state as a result of.

While on the radio show “Sports Talk with Bo Mattingly”, Gov. Asa Hutchinson said the amendment “gives confidence to all the fans that were nervous about this that it’s been remedied, and it’s not going to be a problem, and we can enjoy football games and other sports in Arkansas without any problem.”

Opposition to the Amendment

The NRA opposed the amendment, claiming that the language was too vague and could lead to other areas not intended to be exempt from the new concealed carry law to fall under the exemption, for instance, parking lots and adjacent buildings to stadiums.

One of the proponents for the amendment is Rep. Bob Ballinger, a supporter for gun rights. In answering the concerns around the broad wording of the bill, Rep. Ballinger said that he felt the amendment was a good compromise between what gun owners want and what the college conferences were requesting.

A Compromise for Safety

A provision of allowing colleges to declare “firearm-sensitive areas”, like stadiums, is that they must provide a security plan to illustrate how they will protect law abiding citizens who are not allowed to carry their guns into the sporting events. These security plans must be vetted and approved by the Arkansas State Police.

The new law is set to take effect on September 1st, however, it’s expected to be the beginning of 2018 before the law fully takes effect. The reason for the timing gap is that the State Police need time to design new training program to accommodate the law, like the additional active-shooter training that is being required for those wanting to carry their weapon into bars.

What’s your take? Sound off in the comments below.